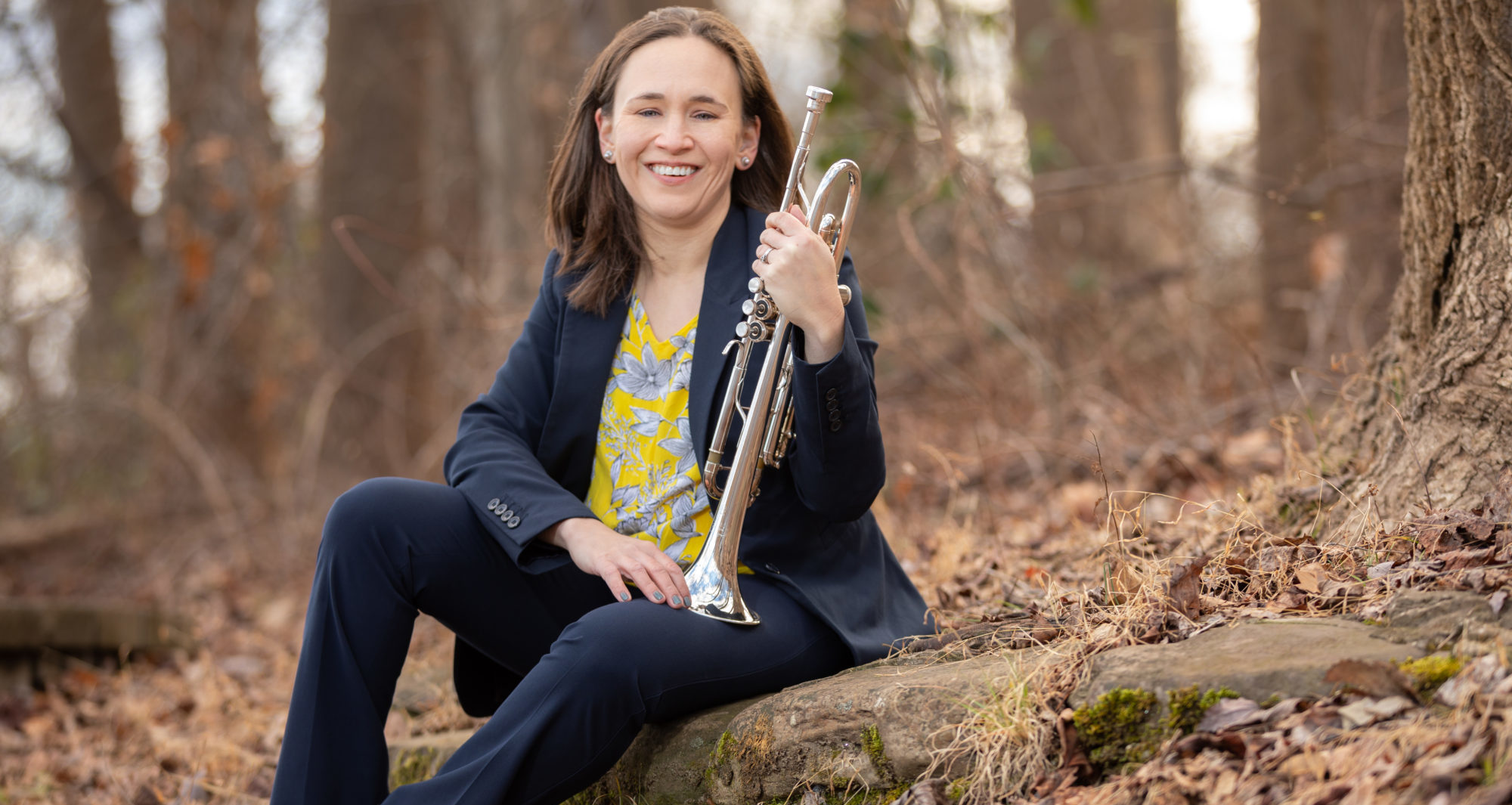 Anne presented her research on the history of women trumpet professors at the 2022 International Womens Brass Conference in Denton, Texas on Wednesday May 25th. An article on this same topic was published by the International Trumpet Guild in June 2022.

through the night, dark and drear (2022) by Roy Magnuson

Sonata for Flugelhorn and Piano (2015) by Carson Cooman

Anne McNamara’s class spent the summer exploring rhythm in its many forms and applications. Not only did they learn how to subdivide various rhythms and perform them, but the scholars also learned how to experience rhythm through unique ways such as performing traditional world drumming music, marching and performing an original cadence on their bucket drums in the Morehead Fourth-on-the-First parade, layering various rhythms in a minimalist composition and transcribing rhythms that they first learned by ear. Scholars also took a few trips which strengthened their comprehension of music theory and performance. A visit to the Kentucky Center for Traditional Music opened their eyes and ears to bluegrass, the time-honored music of their home state, and it granted them the opportunity to record a piece in a professional recording studio. They experienced first-hand the historic music of Trinidad through a steel drum concert and workshop. Scholars also learned how to apply their research skills in order to study Beethoven’s life and music prior to attending the Cincinnati Opera’s performance of his opera, Fidelio. The scholars challenged their skills through an unconducted performance of a chamber piece which incorporated aleatoric techniques in a minimalist compositional style.

In Extemporaneous Experiences, Anne McNamara’s scholars were challenged to step outside of their comfort zone in pursuit of an inventive approach to learning and life. Scholars gained inspiration from innovative thinkers in several different fields ranging from literature to physics and learned how to apply Mihaly Csikszentmihalyi’s concept of “flow” to their own creative process. Each week they took on a different outlet such as spoken word, freestyle rap, improv comedy, art and music and pushed themselves to create spontaneously. Not only did the scholars learn to stay present and in-the-moment, but they also discussed what constitutes true creativity and the value of creativity in our culture. Scholars learned about ground-breaking research using fMRI machines to study how our brains benefit and change through the practice of improvisation. Through their extemporaneous experiences, scholars gained confidence in public speaking and performance and reaped the benefits of being flexible.